Divorce and custody disputes are often material for tabloid front pages. Celebrity splits never seem to fall out of favor in the media, even though there are alternative and appropriate dispute resolution methods designed to minimize the hostility. Headlines for years have centered on Brad Pitt and Angelina Jolie – the once happy Hollywood couple nicknamed Brangelina by the media. The couple filed for divorce almost two years ago, yet updates on their relationship continue.. Just recently, reports came out about a “bitter” custody battle allegedly being waged by Jolie. When two parties go from a seemingly happy relationship to a contentious court battle, it might seem like the hopes for respectful and productive negotiations are gone. This does not have to be the case in a high conflict situation because the collaborative law process has created an environment where the focus is on the children and the structure encourages dignity and respect rather than inflame underlying hostilities. 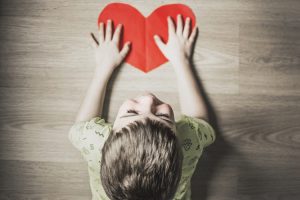 In my experience, most parents that have a highly conflicted dynamic do not want their difficulties to interfere with their children’s upbringing.  The collaborative law approach recognizes that the way a couple arrives at settlement can have an impact on the result.  Most parents want to make their own decisions rather than have a third party, such as a judge, decide the family’s fate.   In fact, it is one of the major reasons parents chose the collaborative law process. Parents welcome this form of advocacy where their rights are protected and reasonable compromises can be reached.

I have written extensively on collaborative law and its benefits in the past.  When a contentious situation, such as the Pitt/Jolie case, is brought into the news, it is worth revisiting the benefits of this out-of-court process. In the Pitt/Jolie situation, six children of varying ages are involved. When children are involved in the case, it is of upmost importance to keep the process as respectful as possible, and keep in mind the “best interest of the children” mantra. One of the main benefits of collaborative law is the ability to use a team of neutral professionals in additional to the advocacy of the collaborative attorneys which may aid in the communication and ultimately help in reaching an optimal settlement. For example, a child specialist can be brought on to bring the voice of the children into the room (without the children’s presence) and help and help create a parenting plan that is realistic, practical and durable. 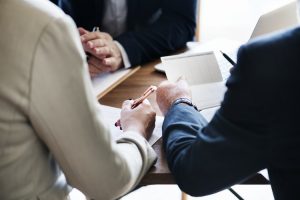 In the Pitt/Jolie case, a collaborative team could assist in keeping the negotiations about parenting as well as finances on track. It was reported that a new brief was filed by Jolie’s legal team that effectively questioned the support that had been paid by Pitt since the divorce filing. However, a source indicated that the actual reason behind filing the brief was as a ‘last ditch effort’ to prevent a joint custody ruling, which Jolie is allegedly seeking to avoid. This small piece of information provides a prime example of where collaborative law can make a difference. The collaborative team may consist of a certified financial professional (a CFP) who is a neutral party that can evaluate the finances of each party and make recommendations and observations. In this case, a CFP would be able to evaluate the child support that has been paid out by Pitt, and make observations to the parties based on his/her findings. This approach is based upon the whole family’s financial picture and maximizing the pie rather than looking for the biggest piece of the pie.  Using a neutral facilitates a productive, cooperative approach to decision-making.  The neutral often helps to lower the tensions and build trust in the information and options presented.

Previous reports during the Pitt/Jolie case indicated that a judge issued a temporary order granting joint custody to the parents, and allegedly warned Jolie that if she continued to limit Pitt’s opportunity to see the children, she could potentially lose custody. The child specialist could (with the parents’ permission) speak with each of the six children to try to gain insight on how the children are being impacted by the parents’ conflict.  This feedback is often enlightening to the parents.  The neutral third party facilitating the discussions could also speak openly with both Pitt and Jolie to try and get to the underlying issues/concerns with the custody. Because collaborative law keeps the discussions confidential, each party may be more willing to share his/her feelings and concerns, knowing that it cannot later be used against him/herself in court.

There is a lot to unpack from reading a short article in an entertainment news cycle and all that is reported is not necessarily true. However, in any situation where there is a contentious or hostile divorce case, collaborative law may be a beneficial tool in dialing back the hostility and getting to the root of the problem.  Taking a pause to assess process options and the impact the conflict has on the children can and often does lead to a more reasonable path and better decisions.