Last week a ‘talking stick’ reportedly broke the stalemate over the government shutdown.  Just what is a talking stick and how can it be used as a means of working through impasse in a negotiation? 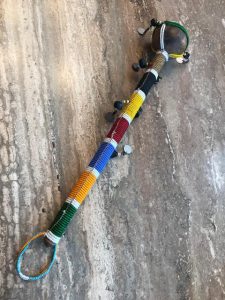 According to my research, American Indian (First Nation) tribes have used the talking stick for centuries as a way to have a fair hearing.   It has also been used in Africa by the Masai tribe.   The recent events in Washington, D.C. caused me to think about the effect of using such a physical tool in negotiations.

Sometimes a feather, stone, shell or some other object replaces the talking stick.  In Washington, D.C., the stick was reportedly replaced by a basketball.  This (unwittingly) caused property damage while passing the ball so it was replaced with a rubber ball.  Aside from this mishap, I think the talking stick did take the pressure off and refocus the dialogue so that it could be productive.

The talking stick is used to designate who has the right to speak without interruption.  It carries with it the freedom to say what is on one’s mind.  Only the person holding the stick can speak while he or she holds the stick.  The other person or persons must remain silent until his or her turn comes. The stick then goes back to the leader.   I have written often about dignity and respect in a negotiation and how important it is to create a safe space for individuals to be heard.  This tool is an interesting one 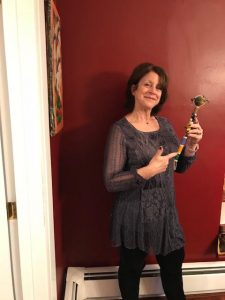 because it is a physical reminder of some of the virtual boundaries we discuss in mediation regarding how we will communicate.  It is the mediator’s job to make sure that each person has an opportunity to express his or her thoughts as we work through the very significant issues in each family matter. How do we balance the discussion to ensure fairness?  If we do not pass the virtual stick does the quieter person have the same opportunity?

In any negotiation, we can easily lose sight of what is at the core of the dispute.  When things become heated, the conversation can easily become unbalanced and provocative.  The talking stick is really a way to keep the focus and make sure each person is heard.  What happened last week in Washington, D.C. is a good reminder about how to prevent a shutdown – whether it is in the government or in family law matters.  For now, I will probably keep my talking stick on the shelf as a reminder about my role as a facilitator in  “passing the stick”.