The Superman myth means many things to many people.  It is uniquely open to interpretation.  While a key element of the Superman story is Superman’s amazing capabilities, he also had certain weaknesses.  Such may be the case with Jon Peters, a talented producer in the Superman franchise who is being sued by his ex-wife, Mindy Peters, over what Mindy claims was a gift entitling her to a stake in the Superman profits. 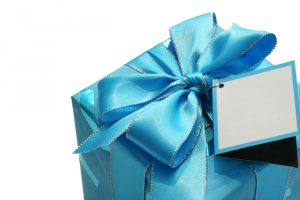 Mindy Peters’ lawsuit claims that, through a written note given to her on Christmas Eve of 2007, Jon Peters transferred 10% of his “take” of Superman 2-3-4. This gift would include the 2013 blockbuster Man of Steel, which grossed approximately $668 million. Jon Peters actually did not work on the Man of Steel film, but was still given a full producing credit on the film which means he was still entitled to a cut of the profits. The cut of those profits that Mindy alleges she is entitled to, exceeds $500,000.

The lawsuit was filed in early April and is still pending as of this writing, so there has not yet been a decision made on how to handle the alleged gift. This case is an important reminder that making a commitment to make a gift, in writing, can have significant consequences.  There are many situations where a gift comes into play during a divorce proceeding. In the Peters’ case, there is a written note involved, so attorneys will focus on whether the note indicates donative intent.  The wording, signatures and acknowledgements or lack thereof will be scrutinized.

The note read as follows: 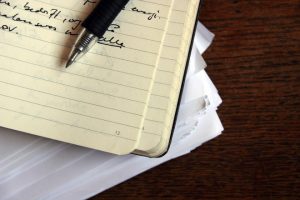 Did this note create an enforceable legal obligation?  It is hard to know what the court will decide in this particular case. Relevant case law states that when the transfer documents recite a gift, or characterize the consideration as love and affection, donative intent may be found – absent strong evidence to the contrary. Where the relevant documents depict a transfer for consideration, that evidence weighs against finding a gift.  However, courts also look at other factors such as the quality of the relationship between the parties and the note itself.  Each case presents a unique set of facts.

It is also worth noting that this is not Jon Peters’ first tangle with an ex-wife. Back in 2014, Jon’s ex-wife, Christine Forsyth Peters, claimed a stake in a film that the two were set to co-produce before divorcing. After the couple divorced, the production company began negotiating with Christine to have her exit the film. Christine fought back, arguing that she did much of the initial research and work for the development of the film, and did not want to step aside. As of this writing, it is unclear whether this situation is resolved.  A latest update, which has not been verified is that the production company was going to try to have the former couple work together to co-produce. 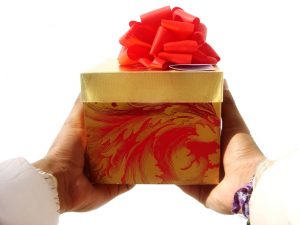 In New York, marital property is divided by equitable distribution.  That means property is divided fairly, but not necessarily equally. The individual circumstances of your case will impact how property is distributed in a divorce  In uncontested cases, parties will often be able to negotiate a satisfactory resolution for the impact of gifts and loans made (or claimed to be made) during the marriage. If you have questions about gifts or property division in your case it is best to consult with an experienced family law attorney.