I recently read about a divorce case in Oklahoma that caught my interest because it is being dubbed “the priciest divorce ever.” Whether it’s the financial aspect or another issue, in family law it is always important to understand how the rules will be applied to your own personal situation. All states generally divide property with the goal of achieving a fair result. The difference is in the rules used to reach that result. Because Oklahoma is an equitable distribution state, like New York, I took a closer read. To be clear, an equitable distribution state looks not to just divide assets in a 50/50 manner, it instead looks for the fairest division of the property considering several factors. Only marital property is divided by the Court. Each spouse gets to keep his or her own separate property.

The case I read involves an Oklahoma billionaire, named Harold Hamm, who is at risk of losing much of his fortune. How the case will ultimately turn out depends on how his fortune actually grew. Asset appreciation is classified as either active or passive, and it is this classification that will determine just how much has to be paid out. 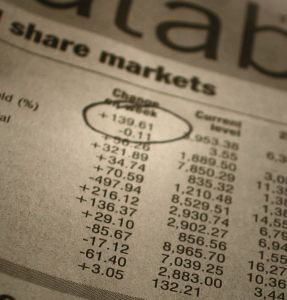 The easiest way to think of active versus passive appreciation is to compare it to hard work (active) versus pure luck (passive). In this case, the husband had a stake in a company and the value of his stake increased immensely over the years. The court posed the question as to whether the appreciation was active or passive. In most cases, appreciation can probably be shown to be both – often times, luck will have some part in it, but there is almost always some active work involved, especially in high net worth cases.

When cases like this happen, each side usually takes an extreme position. In this case, the husband has taken the position that all of the appreciation was due to luck, which would essentially mean that the multi-billion dollar stake in the company would remain solely his property. The wife, on the other hand, is arguing that the increase in value was due to the husband’s aggressive work ethic, which would entitle her to an equitable share because it would then constitute marital property eligible for division.

Although the stakes are extremely high in this Oklahoma case, couples that find themselves with investment portfolios or company shares can still relate. Whether the value is in the thousands, millions, or (as in this case) billions, it is beneficial to understand passive and active appreciation in the context of equitable distribution. It seems a little counter-intuitive that active appreciation would set up the asset for equitable distribution, but that is what makes it important to understand what the outcome could be.

Looking at it under a closer microscope may help – when considering a passive appreciation of an asset, the increase in value happened essentially because of forces outside of the individual’s control, or a stroke of luck. If the asset’s value rose randomly or because of “dumb luck,” it wouldn’t seem fair to have to divide it. Alternatively, if the asset was actively appreciated, the individual worked to increase the value. If the individual spent time and resources to increase the asset’s value during the marriage, it would be fair to potentially apportion some of the value to the other spouse.

Avoid the “head in the sand” approach

It is always wise to keep track of investments and assets that you and your spouse hold, regardless of whose name is actually on the title. You and your partner can always benefit from open and honest discussions about your assets and how they should be handled. The marriage partnership binds two people together in many aspects of life, including finances. Learning to deal respectfully and constructively with each other about finances increases the likelihood for fairness.