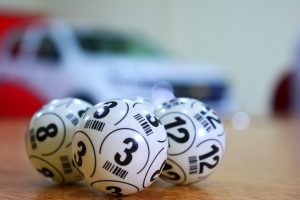 You may have heard the recent story of a Michigan man who won an $80M lottery jackpot being ordered to split the money with his estranged wife (you can read the story here). When the man bought the ticket back in 2013, the couple had already been separated for about two years. The ticket won as the couple was still separated and in the process of obtaining a divorce. The couple had agreed to use an arbitrator for their divorce. In the case of the lottery winnings, the arbitrator noted that because “losses throughout the marriage were incurred jointly, so should winnings be shared jointly.” With the after-tax winnings totaling roughly $38M, the arbitrator awarded the wife $15M. Upon review of the appeals court, no errors were found.

What does this all mean in the big picture of marriage, separation and divorce? In my opinion, it means that unless and until there is a signed agreement, or an order from a court of appropriate jurisdiction, the final result in any given case may be impacted when “life happens.” As I’ve written in the past, in separation and divorce, a couple can make their own decisions about parenting, cash flow (support) and the distribution of assets and debt and incorporate the terms into a binding agreement.  The Michigan case is a stark example of what happens when a couple starts divorce proceedings, an event beyond the couple’s control occurs and there is no agreement in place.  The longer a case goes on, the greater the possibility that events may occur that impact the ultimate outcome – for better or worse.

The outcome of any individual case that finds its way to the courthouse will depend largely on the jurisdiction, the lawyers and the judge deciding the case. While the majority of court cases settle, the manner in which the case is conducted impacts the length of the proceeding as well as the impact on the parties and the family. For that reason, couples should make informed decisions about each process choice and how the case will be managed.

A couple that chooses an out-of-court settlement process such as mediation or collaborative law can establish a workable pace for settlement and make their own decisions about dividing up property and debt. The Michigan case shows what happens when a couple is not able to arrive at agreement and a major event occurs.  Both positive and negative changes can impact a couple that has not reached a written agreement. For that reason, once a decision is made to separate, it is usually important to the couple that the process be productive and economical.  A case that lingers can bring unforeseen factors into the mix for better or worse. Click here for more information about the Mediation and Collaborative Law processes.