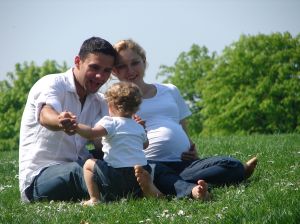 Artificial insemination can result in unexpected legal consequences depending on the marital status of the woman undergoing the procedure. It is important to understand the law as part of the decision making process.
Under New York Domestic Relations (DRL) § 73, a married woman can be artificially inseminated and her husband will be deemed the father of the child, even if the husband was not the sperm donor, so long as the married couple and the physician enter into a written agreement reflecting this arrangement. However, DRL § 73 only applies to married couples. As a result, an unmarried couple wishing to create a child through artificial insemination is presented with unique legal challenges. These challenges can create unfair results.
DRL § 70 allows either parent to seek guardianship or custody of the child. In Alison D. v. Virginia M., a landmark 1991 case that remains good law today, the Court of Appeals of New York held that “parent” under DRL § 70 refers only to the biological parent of the child and not the non-biological parent.
Therefore, the non-biological party in an unmarried couple is excluded from the automatic rights afforded to married parties under both § 70 and § 73 of the DRL. Moreover, in the event that the unmarried couple ends their relationship, the non-biological parent faces additional challenges if he or she wants to seek custody or visitation of the child.
Different legal devices are available to the non-biological parent. DRL § 110 provides that an unmarried individual, two unmarried individuals, or a married couple may adopt another person. New York also recognizes second-parent adoptions, as held by the Court of Appeals of New York in 1995’s Matter of Jacob. A second-parent adoption is where a second person petitions to adopt the child, even though the child already has one legal parent. A second-parent adoption does not affect the first parent’s rights to the child. For example, if a woman gives birth to a child as the result of artificial insemination, she is considered the child’s legal and biological parent. Under a second-parent adoption, the woman’s boyfriend, who is unrelated to the child, may adopt the child. A second-parent adoption confers the same parental rights and responsibilities on the boyfriend as the birth mother.

Deborah Wayne would like to thank Joseph Randall for his research assistance with this piece.