President Barack Obama made history by being the first president to mention gay rights in his inaugural address. He called for the equal treatment of gay and lesbian people, declaring that “our journey is not complete until our gay brothers and sisters are treated like anyone else under the law–for if we are truly created equal, then surely the love we commit to one another must be equal as well.” This past election season, gay marriage passed in voter-approved ballot measures in Maryland, Maine and Washington, and the Supreme Court will hear oral arguments in March in two highly anticipated cases that deal with the rights of same sex couples to marry. 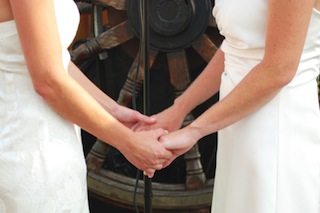 The legal landscape of gay marriage is evolving. Gay marriage is now recognized in the District of Columbia and nine states, including New York. Under New York’s Marriage Equality Act, same-sex couples enjoy the same benefits, rights and obligations of marriage that different sex couples receive, including joint property ownership and receiving spousal deductions for state estate tax purposes. Unfortunately, same-sex couples do not receive all marital benefits because federal law has yet to recognize same- sex marriage.

Often, portability issues become the biggest hurdle for same-sex couples (i.e. whether the rights and privileges of a same-sex marriage will be recognized by other states). For example, if a same-sex couple is married in New York but then moves to a state where gay marriage is not recognized, the marital protections the couple enjoyed in New York may cease to exist. Portability issues may affect a same-sex couple’s ability to obtain a divorce, transfer taxes, or obtain custody over a non-biological child. The rights of same-sex couples vary greatly state by state, which makes it especially important for same-sex couples to take advantage of available legal protections in order to put themselves in the best position possible when dealing with any future portability situations. Before trying to tie the knot, couples must think about talking with an attorney about drafting a pre-nuptial agreement, drafting a will, setting up a trust, appointing a heath care proxy, among many other issues. If you have a non-biological child of the marriage, completing a second-parent adoption will help to ensure that other jurisdictions will respect both parents’ status.These legal protections will help preserve a couple’s wealth and protect their rights as they navigate through a complicated set of state and federal marriage laws.

Under the Defense of Marriage Act (DOMA), federal law recognizes a marriage as between “one man and one woman.” Thus, same-sex couples are at risk of being ineligible for certain federal programs like Social Security and Medicaid benefits. Same-sex couples also face additional challenges with federal estate taxation and filing federal income taxes. For example, a same-sex couple filing a state joint tax return in New York is unable to file a federal joint tax return. United States v. Windsor, one of the two cases being heard by the Supreme Court this spring, deals with the issue of a same-sex couple being deprived of federal estate taxation benefits. In Windsor, Edith Windsor was forced to pay over $300,000 in federal estate taxes on her deceased wife’s inheritance. Under federal estate tax laws, if a husband dies, his wife may inherit his estate without any tax consequences. The Second Circuit, the highest federal appellate court in New York, ruled in favor of Windsor and held that DOMA’s definition of a marriage as between “one man and one woman” is unconstitutional.

The Supreme Court’s decision in Windsor has the potential to impact federal marriage rights for same-sex couples, resolving these portability and federal program issues. But until then, it may be wise for same-sex couples that are contemplating marriage to speak with a lawyer and sort through important issues before the wedding, such as wealth preservation, medical decision-making, drafting or updating a will, divorce, and second-parent adoption. Working with a lawyer to create a plan to protect you and your spouse can help give both of you a sense of security and peace of mind as you embark on a life together.

* This article was written with Joseph E. Randall, who is a third year student at Pace Law School. He serves as Ms. Wayne’s legal assistant and is interested in family law.