The divorce process can involve several obstacles. Every state has its own rules and requirements for filing and for the process itself. Divorce encompasses many intricacies, including the marriage contract, presence and residency of the parties, etc. It is important that the parties properly address the complexities of property distribution, child support, spousal support, parenting, health insurance, and other issues of the case in a manor that meets the requirements of the New York Courts. 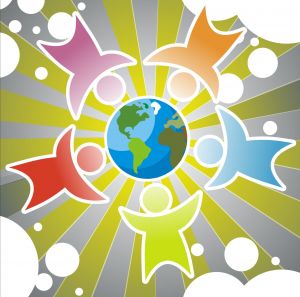 One issue that may occur is how the divorce process changes (or remains the same) when international laws and elements come into play. With all of the modern advancements of today, including ease of travel and communication technology, it is becoming commonplace for someone to have some type of international relationship, whether it is friends, family, or even marriage.
International divorce can mean a few different things, depending on the parties themselves. International divorce may refer to the process abroad as opposed to in the United States. However, here we will focus on international divorce from the aspect of non-US marriages, divorces obtained outside the US, and ex parte non-US divorces.

New York recognizes both fault and no-fault grounds for divorce. The fault grounds include cruel and inhuman treatment, abandonment (for at least one full continuous year), adultery, three years or more of imprisonment, and conversion (when a separation is converted into a divorce). The no-fault ground for divorce in New York refers to the irretrievable breakdown of the marriage for a period of at least six months. It is important to note that this is just an overview of the grounds – each ground has certain requirements and bounds attached to it. These grounds apply to any divorce being sought in the state of New York, so citizenship of a spouse in a foreign country does not really come into play. However, there are instances of the divorce process where the international aspect will arise. For instance, a change in marital status may affect an application for citizenship. It is strongly recommended to consult with an immigration attorney as to the impact of divorce on immigration status.

A common concern is how a divorce may be granted when a couple obtained their marriage outside the United States. In general, a marriage that is obtained outside the United States will be valid in New York as long as it is valid where it was contracted. However, if the courts believe that the marriage would violate a strong public policy in the state of New York, it may be deemed void. A common example would be marriage in a country that allows adults to marry children. When a couple married outside the US seek a divorce in New York, the grounds mentioned above come into play just like any other divorce.

The next issue concerns divorces that were obtained outside the United States. New York will generally honor these divorces as long as both spouses participated in the divorce. However, if the non-US divorce was conducted ex parte (meaning ‘one party’), New York will deem that divorce completely invalid.

The correct process and the specific requirements for divorce, distribution of property, custody, and parenting will always depend on the parties’ actual situation. When deciding on the best course of action, it is important to consult with an experienced family law attorney who can assist you in understanding the various steps involved, applicable law, and options for reaching the desired result.