Ken Griffin, considered Illinois’ richest man and worth billions, has recently settled his divorce case right as the trial over his prenuptial agreement was set to begin. Griffin and his estranged wife have been in a divorce battle for over a year. The main issue was the validity of a prenuptial agreement the couple had executed.

Although the final prenuptial agreement was not signed until the day before the couple’s wedding, the court ruled that the agreement is valid. This case is a great example of how hard it is to challenge the validity of a prenuptial agreement.  The court will look at many factors in making the determination. 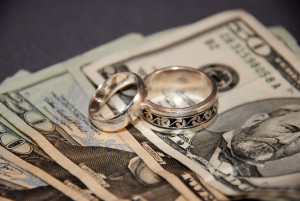 As far as the $25 million payment and $1 million yearly payment, Ms. Griffin’s attorneys allege that this was meant to induce her into signing the agreement. However, that stipulation of the prenup was understood well before the final document was signed. Additionally, Ms. Griffin not only had her own independent counsel to review and assist in negotiations, she actually had three separate law firms on her behalf. 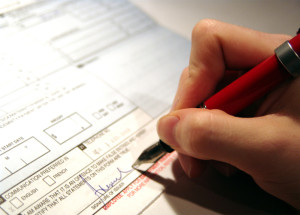 The arguments raised regarding the prenup’s validity circle back to one important element: independent counsel. Retaining three separate law firms would indicate that the agreement was thoroughly negotiated and reviewed and that  there was also adequate time (and means) for review. Additionally, Ms. Griffin expressly attested in the prenuptial agreement that she was entering into the prenup “freely, voluntarily and willingly without any coercion or undue influence.”

Most courts in the United States generally view prenuptial agreements as enforceable if certain procedural requirements are met and they are otherwise valid under general contract law.  While some of Ms. Griffin’s allegations may have merit while standing alone, the court found that the sum of the facts indicate that the prenup is valid. Once a prenup is signed, it is an uphill battle to get a court to throw out the agreement. This court found that there was opportunity for a meaningful review of the document prior to its signing.

The presence of independent counsel, financial disclosure and timing are all important factors when determining the validity of a prenup.  As prenups become more and more popular, couples need to be well informed about the factors that are considered in an effective prenup so that their intentions in entering into the prenup may be carried out.