Celebrity breakups tend to take news cycles by storm, and when there are pets involved, it raises a lot of questions about ‘pet custody’. Pop star Miley Cyrus has recently made headlines because of her high-profile separation with Hollywood actor Liam Hemsworth. The couple maintained an on-and-off relationship for years, and has been married for less than one year, having married in late 2018. Throughout the course of their relationship, the couple adopted and rescued many animals, including dogs, cats, and farm animals such as horses, mini horses, and pigs. Now that Liam Hemsworth has officially filed for divorce,  who gets the pets?

As I have discussed in the past, prenuptial, postnuptial and separation agreements can be tailored to fit the unique interests and goals of each couple. In the case of a prenup, the agreement can be used to clarify expectations about pets going into the marriage.  For couples like Miley and Liam that have been together for multiple years (whether consecutively or on-and-off), pets may be an important part of the relationship going into marriage. A prenup, postnup and/or separation agreement may address how custody and care of the pet(s) will be handled upon a separation and divorce. Some couples choose to include visitation clauses, in addition to provisions for the care and costs associated with the pets such as vet bills, grooming, food, pet insurance and medicine.

However, without an agreement in place addressing the pets, how is custody decided? While in the past courts viewed pets as “property” to be handed to one party or the other, states are increasingly revising their standards for pets, and often adopting a standard along the lines of making a decision based on a ‘best interest for all concerned’ standard. These standards would take into consideration not only the parties, but also the pets themselves.

In Miley and Liam’s case, California will ultimately decide on the pet issue. California’s laws allow judges to grant various types of custody of pets, based on the specific case. While Miley was the party responsible for actually adopting a majority of the couple’s pets, Liam often took care of the animals, and actually was responsible for saving them from the California wildfires while Miley was out of town for work. The court may take all of this information into consideration when deciding on how to award custody of the pet. 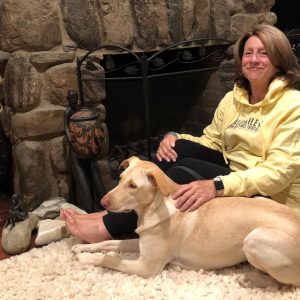 Other states, like New York, have been increasingly using the ‘best for all concerned’ standard, and may thus take the specifics of the case into consideration.  Using the Miley and Liam case as an example, a court in New York may also take into consideration that although Miley actually adopted the animals, Liam was the party who not only helped care for them, but essentially saved them from a natural disaster. Most pet owners prefer to make their own decisions regarding the custody and care of pets rather than have a third party decide because they have the ability to be more creative in developing a plan and do not want to take the risk of what might happen if a judge decides the issue.  These cases can be mediated or settled by an out-of-court negotiation. For more information visit my website.